Life in the IAS: My Encounters with the Three Lals of Haryana

Category: Spiritual Tag: Life in the IAS: My Encounters with the Three Lals of Haryana 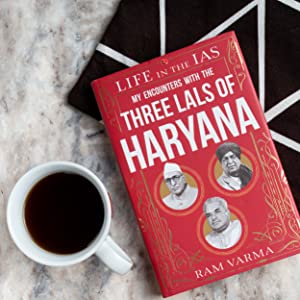 In Conversation with Ram Varma

The Birth of Haryana

‘No matter how hard the past was, You can always begin again.’

The story of Haryana’s birth bears a striking similarity to the biblical story of the birth of Eve. According to the Bible, God took one of the ribs from Adam’s body and fashioned a beautiful woman, Eve, to be Adam’s companion in the Garden of Eden. Eve was Adam’s (in Milton’s immortal words) ‘flesh of my flesh, bone of my bone’. Haryana too, like Eve, was fashioned out of parts taken from the erstwhile state of Punjab. Adam loved Eve dearly; he did not hesitate even to eat the forbidden fruit at her asking, knowing fully well that if he did, they would be banished from their heavenly abode—the Garden of Eden. But it is here that the similarity of the Haryana story with the story of Eve ends. Punjab has never betrayed an iota of love for its sibling Haryana; it has only exhibited a fierce antipathy. 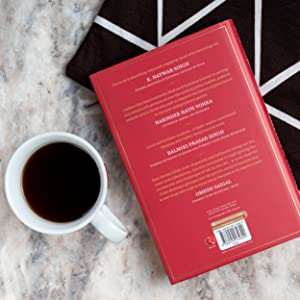 Indeed, the region forming the state of Haryana had a sociocultural dissonance with Punjab; Haryanavis had never acquiesced to be addressed as Punjabis. Actually, the region had come to be tagged with Punjab in a twist of history, as a price of patriotism—for waging war against the British during the revolt in 1857. And thereby hangs a tale.

The tumultuous uprising of 1857 was given the pejorative epithet of ‘mutiny’ by the British rulers. However, Indian historians like to regard it as the First War of Indian Independence. The rebellion was initially ignited by Hindu and Muslim sepoys of the British Indian army in May 1857 in Meerut, where 85 sepoys were court-martialled for refusing to chew open cartridges that came in leather casing. The problem was that the leather was greased with the tallow of cows and pigs. The next day their comrades-in-arms broke open the armoury, massacred British officers and torched the Officers Lines. 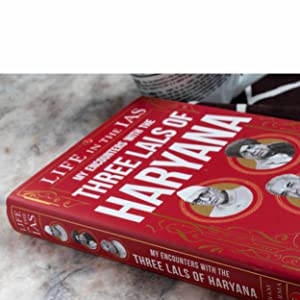 As John Keay writes, ‘Meerut lit the conflagration which then spread like wildfire across the parched Gangetic plain and deep into the forest scrub of central India.

’ The rebellious hordes marched to Delhi, evicted the British from there and declared the tutelary last Mughal Emperor Bahadur Shah Zafar (whose territories had indeed shrunk to the Red Fort in Delhi) as the sovereign of India. The gutsy Indian chieftains, Raja Nahar Singh of Ballabhgarh, Nawab Abdur Rehman of Jhajjar, Rao Tula Ram of Rewari and Nawab Ahmed Ali of Farrukhnagar whose territories surrounded Delhi, were soon up in arms against the British, eclipsing the bright sun of the Company Raj. Nana Sahib Peshwa and the brave Rani of Jhansi along with Tatya Tope took up cudgels against the British for annexing their states under Lord Dalhousie’s Doctrine of Lapse. As Keay summed up: ‘Awadh had erupted, Kanpur had fallen, Lucknow was sacked, Agra, Allahabad, Varanasi and Gwalior seethed with dissent.’

However, the British were down but not out. They got support from the Sikh principalities of Punjab. To quote Keay again, ‘It was the Sikhs in particular, long hostile to the Mughal rule…who rallied to the British cause.’ This turned the tide. With the help of the Sikh armies of Patiala, Jind, Nabha, etc., and their own Gurkha troops, the British eventually succeeded in recapturing Delhi in September 1857 and dousing this raging fire, which had all but engulfed their dream of an empire. In retaliation, they exhibited utter savagery. While they exiled Bahadur Shah Zafar to Rangoon and Rao Tula Ram to Kabul, they hanged Raja Nahar Singh of Ballabhgarh and the Nawabs of Jajjhar, Dadri and Farrukhnagar, and many others, and gifted their Haryana territories to Patiala, Jind and Nabha as a reward for their loyalty. L.C. Gupta and M.C. Gupta poignantly observe:

‘The memory of these heartless punitive measures have left deep and indelible scars on the psyche of the people of Haryana.’

The Haryana territories were tagged on to Punjab in 1858. While the British created a network of irrigation canals in west Punjab areas, the eastern part was neglected. ‘The British ignored Haryana,’ states Muni Lal and adds: ‘The resultant discontentment erupted in the shape of fierce national and social reform movements.’ Swami Dayanand Saraswati propagated the Arya Samaj Movement from Rewari and Lala Lajpat Rai led the resurgence of the national spirit from Hisar.

But the credit for the birth of Haryana as the 17th state of the Indian Union on 1 November 1966 does not really go to the Haryanavis; Haryana came about as a kind of byproduct when Prime Minister Indira Gandhi gave into the persistent and vociferous demands of the Akali Dal to carve out Punjab as a Sikh-majority state. The credit for creation of Haryana should go to the Akalis, albeit vicariously.

The Sikhs had begun clamouring for a separate homeland even during the freedom struggle, when Mohammad Ali Jinnah had raised his voice for creation of Pakistan for Muslims. In their evidence before the Cabinet Mission in 1946, the Akalis had pleaded for an ‘independent sovereign state of the Sikhs’. The British, however, blessed only the Muslim demand.

Be the first to review “Life in the IAS: My Encounters with the Three Lals of Haryana” Cancel reply 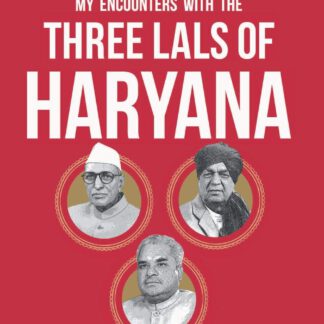 You're viewing: Life in the IAS: My Encounters with the Three Lals of Haryana ₹450.00
Add to cart
Bindass
0
0
Your Cart
Your cart is emptyReturn to Shop
Continue Shopping